Senator Richard Shelby (R-AL) is the fourth Republican Senator to preemptively announce his retirement ahead of the 2022 midterm election. The 86-year-old Shelby’s retirement isn’t all that surprising, considering he’s one of the oldest members of Congress, but it is part of a trend that is disconcerting for Republicans. Sens. Pat Toomey (Pennsylvania), Richard Burr (North Carolina) and Rob Portman (Ohio), all Republicans, have also announced they won’t seek reelection.

As CNN points out, this means 20 percent of the 20 Republican senators up for reelection in 2022 have already announced they aren’t running. Could these four Senators be the start of a dangerous snowball for Republicans? Some are theorizing that more of the caucus who might be on the fence about 2022 will take these exits as a sign that they should jump ship now amid historic levels of polarization in Congress.

Sen. Portman made it clear that this was a factor in his decision to retire, stating, “It has gotten harder and harder to break through the partisan gridlock and make progress on substantive policy, and that has contributed to my decision.”

Since the beginning of 2021, traders on PredictIt have given Democrats the upper hand in the Senate in the midterms. Meaning Democrats would have to gain just one seat to overcome the current 50-50 split (with Democrat Vice President Kamala Harris as the tiebreaking vote). 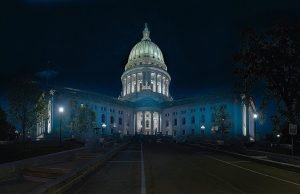 Shelby’s retirement opens a Senate seat in a safely Republican state where Sen. Tommy Tuberville just beat Democratic incumbent Doug Jones by more than 20 percentage points in November 2020. But Republicans can’t be so confident about the other openings. Like Pat Toomey’s seat in Pennsylvania, which is a state President Biden carried in 2020.

Another reason these retirements matter, especially in states like North Carolina and Pennsylvania is because incumbents usually have the advantage over challengers in any election. They have the name recognition and the war chest that can help them cross the finish line. The retirements take that advantage out of the hands of Republicans. The Cook Political Report now has these two open seats in the “toss up” category, with the Ohio seat in “lean R” (accessed February 8, 2020).

Are these four Senators just the beginning of a snowball of retiring Republicans? There are reports that Wisconsin Senator Ron Johnson could be next, but has so far said that he hasn’t made a decision either way. He would be the first of former President Trump’s firm supporters to do so. The others have been critical of Trump in the past, and some think their decisions to retire are at least partly to avoid a Trump-supported primary challenger.

will newsom be recalled?