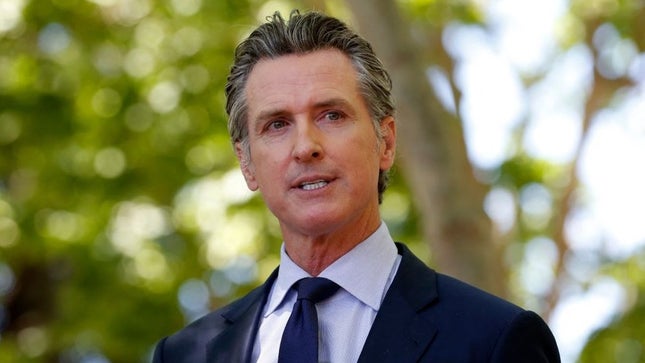 California Gov. Gavin Newsom (D) has kicked off an unprecedented campaign to defend himself against a recall attempt that could be the largest voter mobilization effort in state history, but political betting sites and polling shows troubling signs of recall odds showing the race will be too close for comfort for Democrats ahead of the 2022 midterm elections. Is it too late for the governor to mobilize enough support to bring the odds back in his favor?

In California, recalling a governor takes a simple majority of the vote, but only a plurality of votes for a replacement candidate to win. With 46 challengers on the ballot, 49.9% of the electorate could vote to keep Newsom, and he could still lose to a replacement supported by only a fraction of the electorate. Newsom’s fate rides entirely on turnout.

The Ballotpedia Power Index (BPI) estimates that the Newsom recall odds are at 27%, while the odds of him being retained are 73%. The BPI is “an election forecasting tool that factors in polling averages from RealClearPolitics and share prices on political betting site PredictIt to project the overall chances of an outcome occurring in an election.” As of Aug. 20, the BPI gives Newsom recall odds a 40% chance.

Ironically, Trump’s absence from public office could be what takes Newsom out. Democrats turned out in record numbers when they had Trump to vote against, but the California recall is one of the first, large-scale tests of voter enthusiasm in the post-Trump era. The Newsom recall election is laying bare just how difficult it may be for the party to motivate its base without Trump as a foil heading into the 2022 midterms.

Conservative talk radio host Larry Elder has emerged as the front-runner to replace Newsom, should the recall succeed; and the governor has focused his campaign messaging on painting Elder as an even more extreme version of Trump. Still, polls show that support for Elder is around 20% – by far the highest polling alternative in the race. Given the way recall elections work in California, Elder has a not insignificant chance of replacing Newsom. That’s why Newsom is encouraging voters to check “no” on the first question asking if voters would like to remove him from office and leave the second question blank. It’s a gamble, but it might just work. The two sides have less than 20 days to chase 20.6 million ballots that have not yet been returned.

Even if Newsom is successful, as is expected, the competitiveness of the contest on political betting sites and seen in other polling is the latest indicator that turnout gains made by Democrats nationally during the Trump era may be unsustainable. This will have significant implications for Democrats ahead of the 2022 midterm elections next year.

It’s not just California. In a special election in May in a Texas House District Trump carried by just 3% in 2020, the top Democratic candidate failed in a low-turnout contest to even advance from the all-party primary. And in a recent Connecticut election, a Republican won a special election for a state Senate seat in a district Biden carried by 20% in 2020. learn more about political betting odds at Predictit.org.

the future of the Republican party in the 2022 midterms, and even the 2024 presidential election.